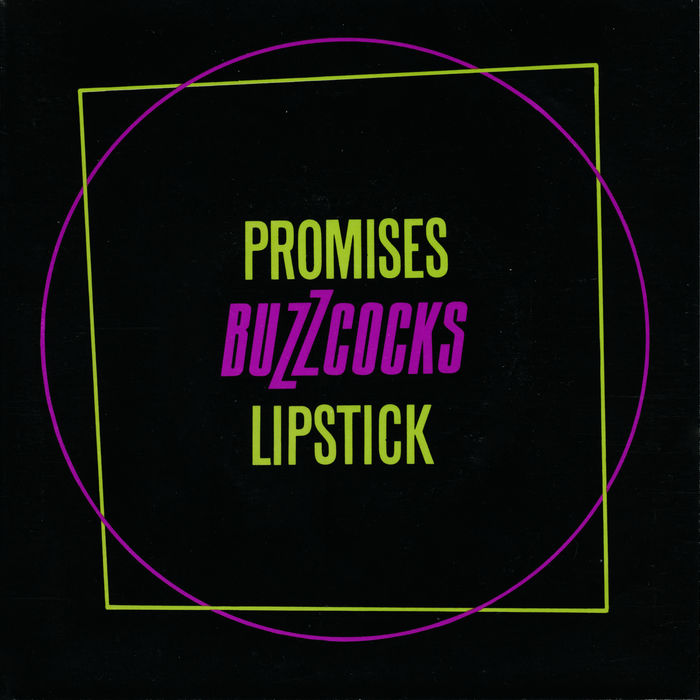 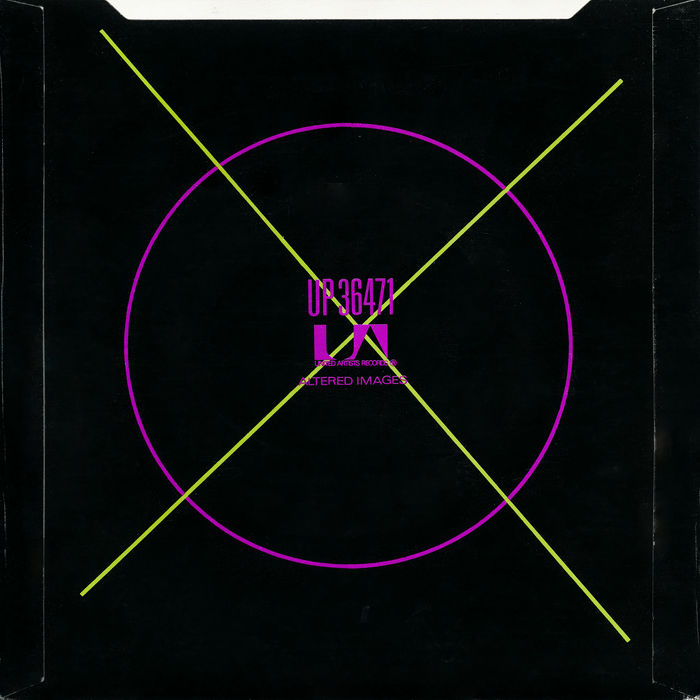 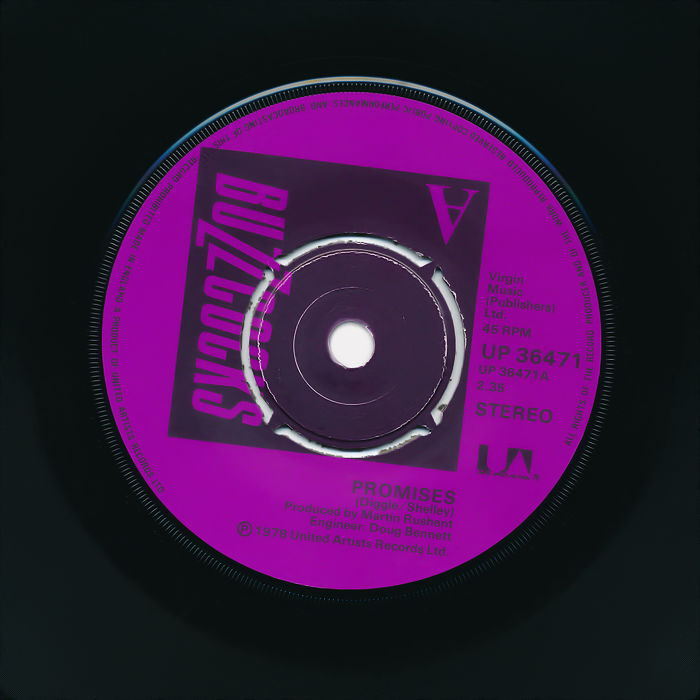 After an eight year hiatus, the Buzzcocks reformed in late 1989 releasing The Fab Four EP. It contained the group's best four singles from their heyday eleven years earlier. It included Ever Fallen In Love, their best-known hit, Everybody's Happy Nowadays, Harmony In My Head and Promises. A quartet of consecutive singles from the late 70s, the run surely rivals that of any other punk group, perhaps being bettered only by the Stranglers. From a cursory glance at user ratings on different websites, Promises is possibly the least appreciated song of the four but it has a claim to being their finest single, especially as it was backed with Lipstick.

Penned by bassist Steve Diggle, the A-side was originally intended to carry a political charge about the broken promises of politicians, but forgetting to bring his lyrics into the studio, lead singer Pete Shelly filled in the blanks. Echoing Lennon's criticism of McCartney's "silly love songs", a dismayed Diggle complained that he it had turned into "yet another love song". But romantic slush it is not. Shelley was a master of the dark love song and Promises is fine exemplar. About a doomed love affair love of opposites and contradictions, it has full-power energy, a furious tempo, a searing guitar riff and the unmistakable Shelly vocal coursing with attitude. Shelley's delivery gives the song a feel of indignant reproach rather than forlorn regret. The bridge after the second chorus, filled with stabbing guitar, delivers the wonderfully ironic lines "We had to change But you stayed the same". The seriously deadpan "down" is spoken at the end of the repeated first lines, which almost gives the song a biting sarcasm, but gives way to a plaintive and melodic "oh-oh-oh" at its end.

A more poignant song about a break-up is the brilliant B side, Lipstick. It evokes the final moments of a relationship, when the kisses are perfunctory, passionless, with no feeling of permanence because the emotional connection has been irreparably severed. Surely ranking among the Buzzcocks' best songs, it's surprising to think it was considered good enough only for a B-side but it makes this vinyl 7" a classic of the genre. Even the NME included Lipstick when it inevitably counted down the group's best ten songs after the death of Pete Shelley in December 2018. However, the list omitted Promises altogether.

Released hot on the heels of Ever Fallen In Love in late 1978, Promises was the group's only other Top 20 hit, a travesty for a band that penned some of the most memorable songs in the heyday of punk's new wave.

We hereby instate Promises by The Buzzcocks on The Wall as No.14 Best Single of 1979

At twelve years old, I was a little intimidated by the menacing sound and look of punk, but Dave was always buying the latest single by the Pistols, Damned or whoever. So I was very surprised when I bought Promises before he did, especially as it is such a punk gem. My pocket money would only stretch to buying a single each month and this was the first record I bought in 1979, closely followed by Blondie's Heart of Glass. It was an exciting time to be buying records.Ant B