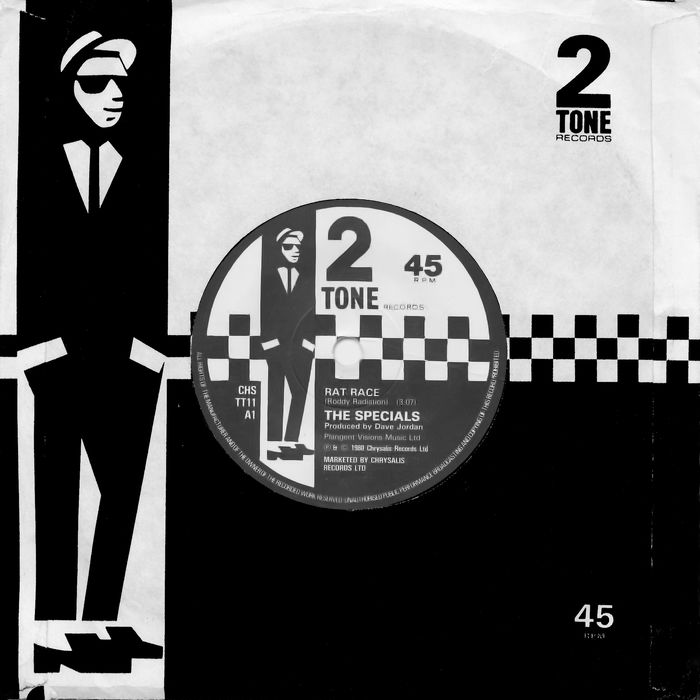 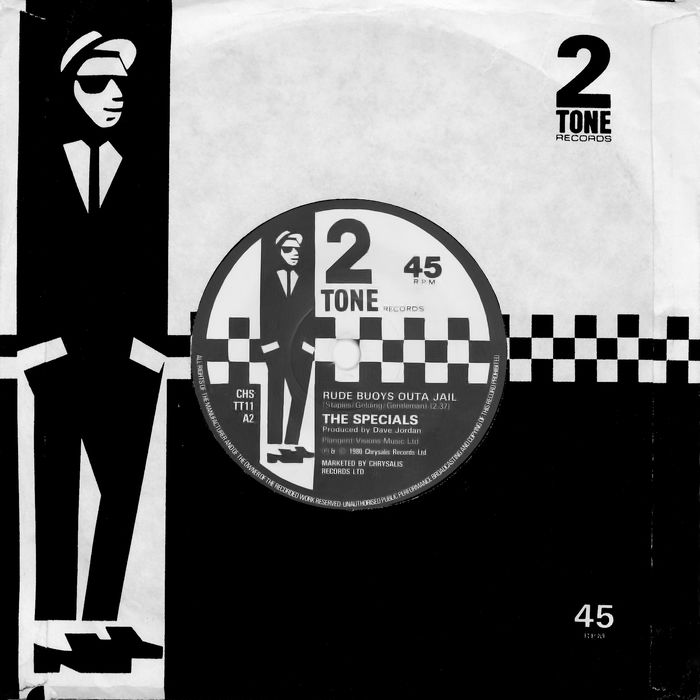 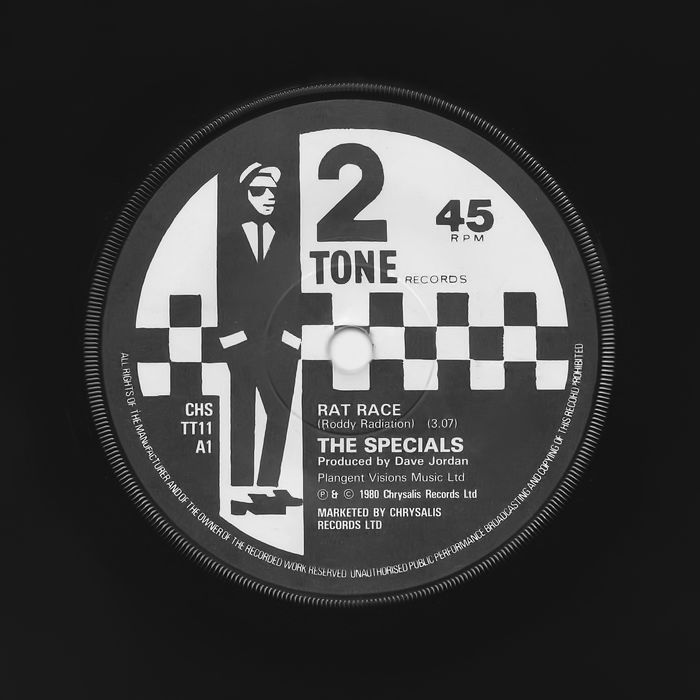 Over a two year period, the first seven singles by The Specials all made the Top Ten in the UK chart, including a brace of chart toppers; an extraordinary achievement for the purveyors of 2 Tone music. The group is particularly remembered for Gangsters (1979), Two Much Too Young (1980) and Ghost Town (1981), yet Rat Race has been played live more times live than any other of their songs. It is not hard to see why: it has an upbeat tempo and lyrics that virtually everyone relates to.

Rat Race refers to any economic system in which hard workers toil away for little gain, usually for other people, inducing a sense of futility. One of the first people to coin the phrase was Philip K. Dick (also see Are 'Friends' Electric?) in his book The Last Of The Masters, who described it as "Rats in a maze. Doing tricks. Performing chores thought up by somebody else."

Guitarist Roddy "Radiation" Byers penned the hit as an attack on privileged students who "would spend three years pissing it up in college knowing full well that Daddy would get them a good job when they left, no matter what." This trope is particularly reflected in the second verse: "Wear your political T-shirt and sacred college scarf. Discussing the world's situation but just for a laugh."

The memorable video shows the band playing in an examination hall. There are boiling flasks from a chemistry lesson at the foot of John Bradbury's drum kit, lead singer Terry Hall is dressed in a sharp suit and thick glasses like a headmaster and Neville Staples dances around in a graduation gown. Kids are sitting in rows of desks sitting examinations, one furiously writes out the lyrics to the chorus: "You'll be working for the rat race. You know you're wasting your time. Working for the rat race. You're no friend of mine." The video is intercut with images of rats running around a maze.

The single was released as a double A-side, the other song being Rude Boys Outa Jail. Rude boys arose from discontentment in the working class areas of Kingston, Jamaica, and were often violent. The typical fashion was sharp suits, thin ties and pork pie hats, which came to prominence in the UK during the ska revival of 1979-81. This song is about the revival and the rehabilitation of rude boys as cool, sharp dressed cats: "They used to be rough, they used to be tough. But now they're keeping their cool." Until 1998, only two songs charted in the UK with rude boy in the title. Ironically, they were both in the chart at the same time, reflecting youth culture of this period. The other was the more violent and threatening Staring At The Rude Boys by The Ruts.

Rat Race is one of the best singles by one of the most important and influential groups of the early 1980s.

We hereby instate Rat Race by The Specials on The Wall as No.9 Best Single of 1980

This was the only Specials single I bought at the time. I loved the plucked piano in the intro and the lyrics. The video has surprisingly stood the test of time and is as watchable today as four decades years ago.Ant B