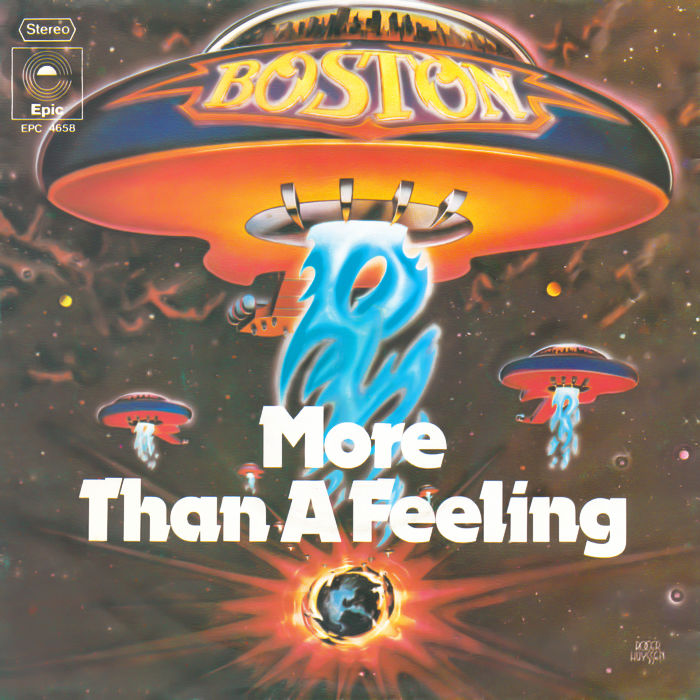 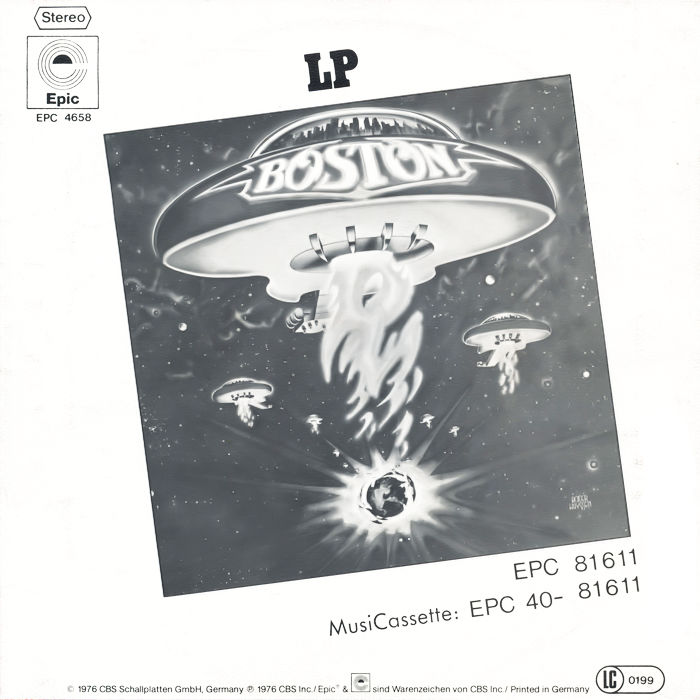 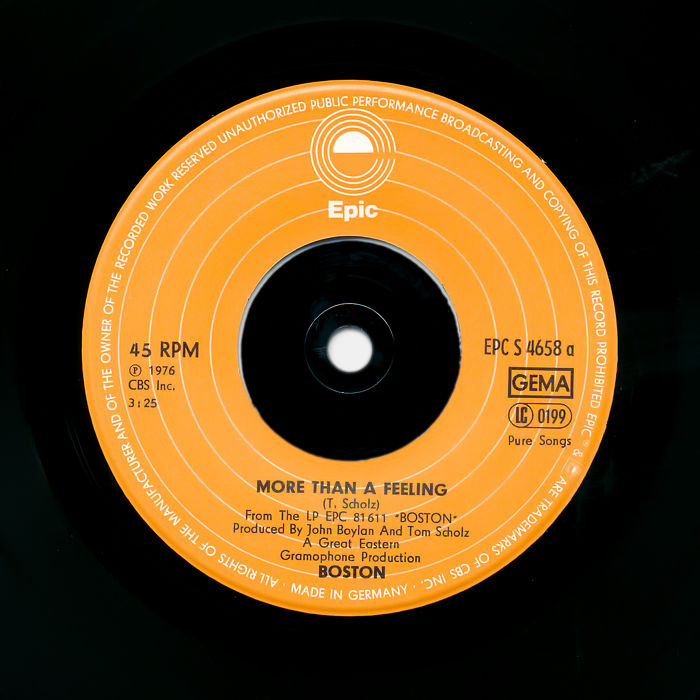 More Than A Feeling

It's a salutary story of perseverance. It starts at college in the late 1960s. A mechanical engineering student at the Massachusetts Institute of Technology picks up an electric guitar for the first time and catches the music bug having good fun playing in bad groups. Real life intervenes, he graduates in 1970 and works for a multinational company. During the next five years, the engineer not only develops his musical skills but also the technicalities of recording, building his own four-track recorder and mixer. His basement becomes a "horribly under-equipped" recording studio, where his group make dozens of recordings. The demos are continuously submitted to dozens of record companies only to be rejected, if they hear anything at all.

By 1976, with money increasingly short and responsibilities growing, the group realise they will have to swap their dreams of stardom for the reality of normal life but only after they record one last demo. It features a song that has been written incrementally over the previous five years. Epic Records hear it and just two weeks later sign the group, changing its name to Boston.

Of course, the engineer was Tom Scholz, the song More Than A Feeling. The record company wanted the group to record the song in a professional studio but incredibly Scholz refused. "If you take me out of my element, to a studio where I can't do what I've done here, then I won't get the same thing," he explained. Ultimately, it was agreed to record the song in his basement and then mix it at a proper studio.

It was a great decision resulting in a truly monumental rock song. It is about "the power an old song can have in your life, sort of a bittersweet ballad," Scholz explained. We can all identify the situation: you hear a song on the radio, one you associate with a first love or someone important. You close your eyes and you slip away to relive those moments. More Than A Feeling describes a yearning for Marianne, Scholz's cousin whom he secretly admired, although the emotional punch of the lyrics was inspired by a high school love affair. More Than A Feeling also benefits from the spine-tingling, soaring vocals of Brad Delp, who was himself a multi-talented musician.

Scholz wanted the group to be "faceless" without personalities, his music to be an escape for people. This was reflected in the cover art for both the album and single: "the guitar-spaceship flying off into the unknown was the perfect sort of metaphor," he said.

Once the song and the eponymous album were finished, Scholz returned to work at Polaroid. Having been rejected so many times, he did not expect the album to be successful, and hoped one song would be picked up and played on his local radio station. Then one week in the autumn of 1976, someone ran into his lab, yelling "Your song's on the radio!" Over the following days, so many people did the same thing that he knew he had a hit.

Our story has a tragic ending, however. In March 2007, Delp left a trail of notes from his car to his bathroom, where he had connected tubing to his car exhaust. The final note, clipped to the back of his T-shirt, read: "Mr Brad Delp. J'ai une ame solitaire" (I am a lonely soul). Yet, his voice still soars on the radio: "I closed my eyes and I slipped away..."

We hereby instate More Than A Feeling by Boston on The Wall as No.9 Best Single of 1977

One of my favourite rock songs. The rousing music and uncomplicated lyrics deliver more than a feeling – it's an emotional rock anthem everyone relates to.Ant B

*Written by: Tom Scholz. Taken from the album "Boston" 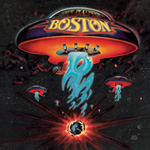