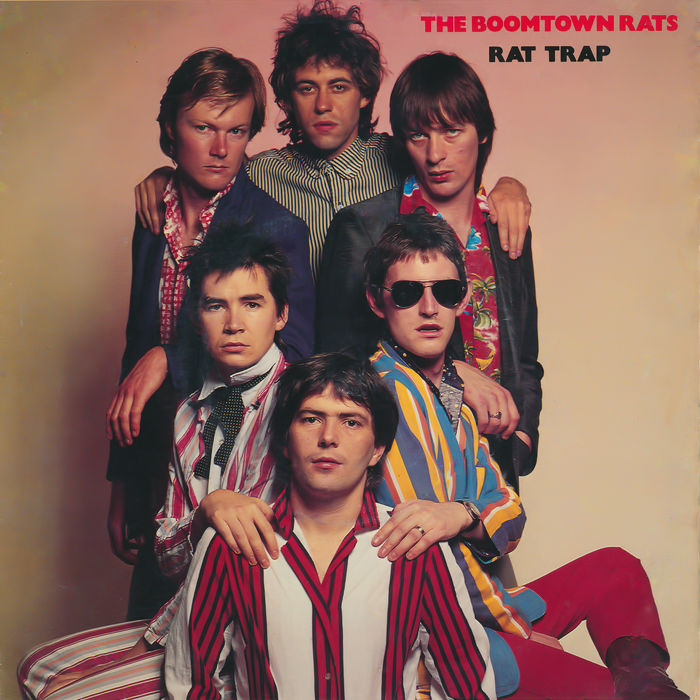 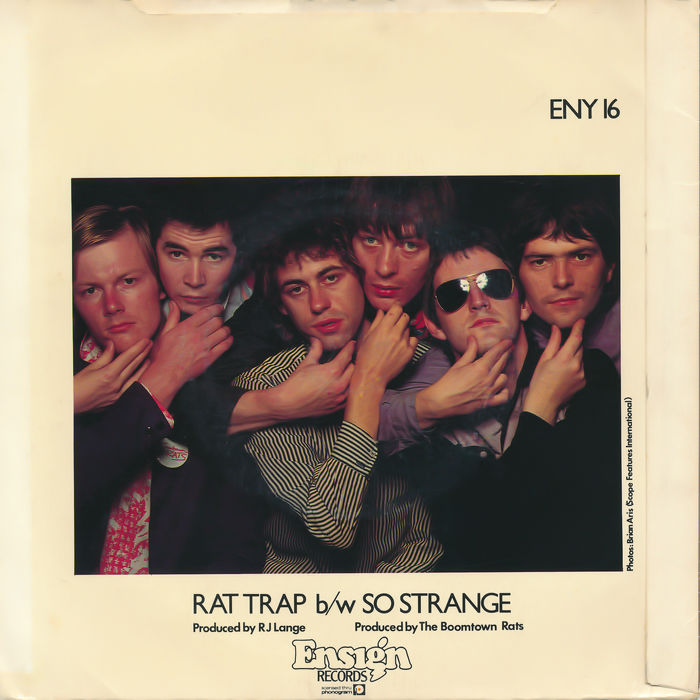 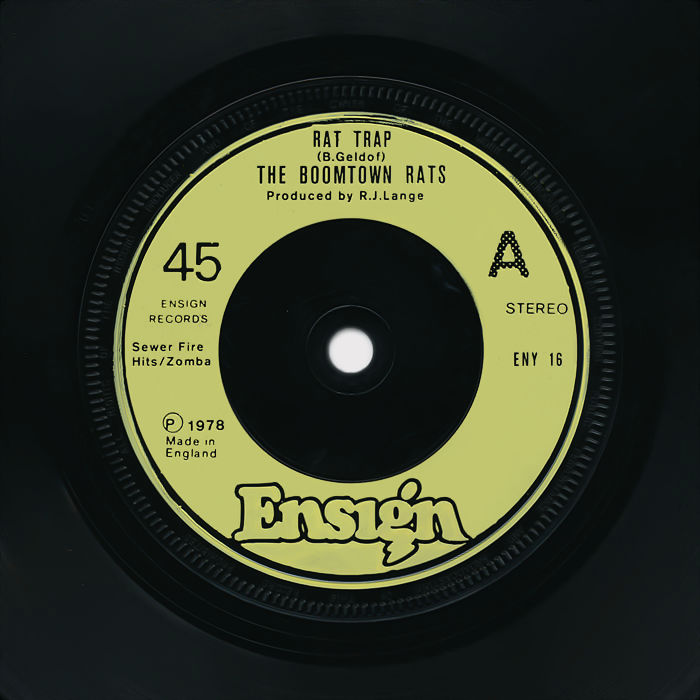 The shaggy-haired Bob Geldof and his group stand triumphant on the Top Of The Pops stage, each hiding behind a photograph of John Travolta, who has monopolised the UK top spot for almost two months with Summer Nights. As the intro starts, the group tear up the pictures, throwing the debris over the audience. A new song and a new kind of music is now ascendant: Rat Trap is the first No. 1 of punk's new wave, and also the first by an Irish group.

The lyrics to this Springsteen-like track were written five years previously, and drew upon Geldof's experiences and feelings when he worked at a slaughterhouse, which explains the inclusion of the line "by the meat factory door" in the first verse. He told the Daily Mail in 2009, "I wrote Rat Trap while I was working in an abattoir in Dublin about a guy called Paul. It was about the hopelessness of his situation, trapped in this perennial poverty, where there's no getting out and even his girlfriend calls him a loser."

The song relates the story of Billy, who lives in a rough part of a decaying town, where "pus and crime ooze from its scab crusted sores" and "there's screaming and crying in the high rise blocks". Gang violence stalks the streets and Billy wants out, to get away to some other place, any place. But leaving is easier said than done: Billy is trapped by having no money, no prospects and no means of escape.

It's a similar story for Judy, who comes from a dysfunctional family and whose only aspiration is to "get out of school, work in some factory". The two friends meet in a cafe when Billy realises there is no future for kids like them. The song, which has no traditional chorus and structure, builds to its denouement when Billy shouts out "It's a rat trap, Judy; and we've been caught!"

The title is derived from the notion of the "rat race" - the mindless treadmill of drudgery that millions of workers accept to keep their modest material success, but for the likes of Billy and Judy even this is an aspiration. Caught in the vice-like grip of poverty wrought by class and poor education, they are in a "rat trap".

In the promotional video, Geldof famously mimed the powerful saxophone riff using a candelabra. He explained in his autobiography that as he had not played the part on the record the Musicians' Union would not permit him to be seen playing it on the video. But during the shoot he spotted a candelabra on the piano, placed a mouthpiece in the central holder and played that instead. He did the same thing during some of his Top Of The Pops performances. At subsequent gigs, young kids would bring candelabras and mime along during the sax riff.

Rat Trap was taken from the album A Tonic for the Troops. Also featuring the hit singles, Like Clockwork and She's So Modern, many claim it is the group's best. In January 1979, The Rats travelled to the US to promote the album and it was here that Geldof heard about a mass shooting at a San Diego school, becoming the subject of their second successive No. 1 (see I Don't Like Mondays).

During the 18 months after Rat Trap, the group became one of the most influential in Britain and Geldof one of the most recognisable stars, but the rise of electronic music in the early 1980s saw their star fade, and by the time Geldof became a global icon through Live Aid, the hits had dried up. Yet, songs like Rat Trap and I Don't Like Mondays still have relevance today. Rat Trap's themes of poverty, violence and social immobility remain depressingly familiar four decades on. Indeed, Geldof says that if he were writing today, he would not need to change the lyrics of any of his songs. And although The Rats never fell into the danger of taking themselves too seriously, their songs remain important.

We hereby instate Rat Trap by The Boomtown Rats on The Wall as No.4 Best Single of 1978

I punched the air when this hit No.1 as it was the first punk or new wave song to (officially) record such an achievement. I also loved the moment on TOTP where Bob Geldof tore up pictures of John Travolta and Olivia Newton John symbolising not only the end of their 7 week monopoly of the top spot but the start of a new era. Dave B

*Written by: Bob Geldof. Taken from the album "A Tonic For The Troops" 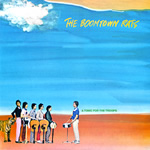