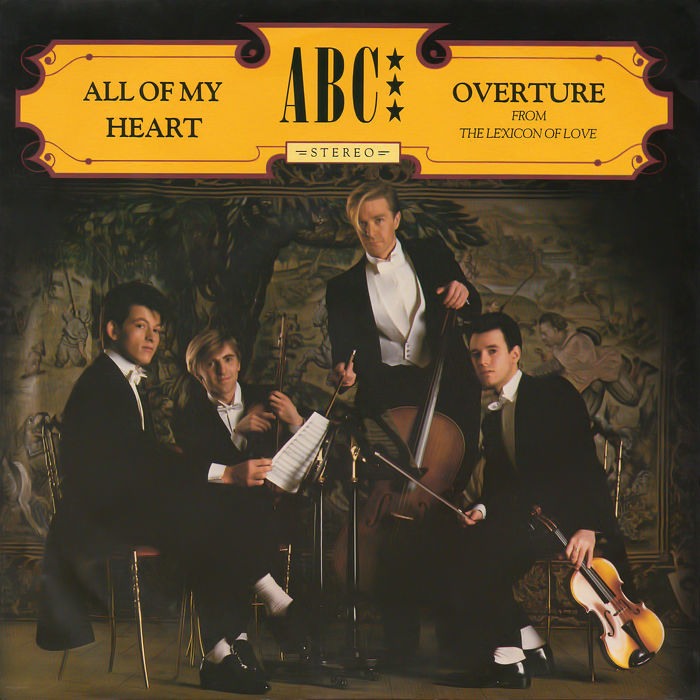 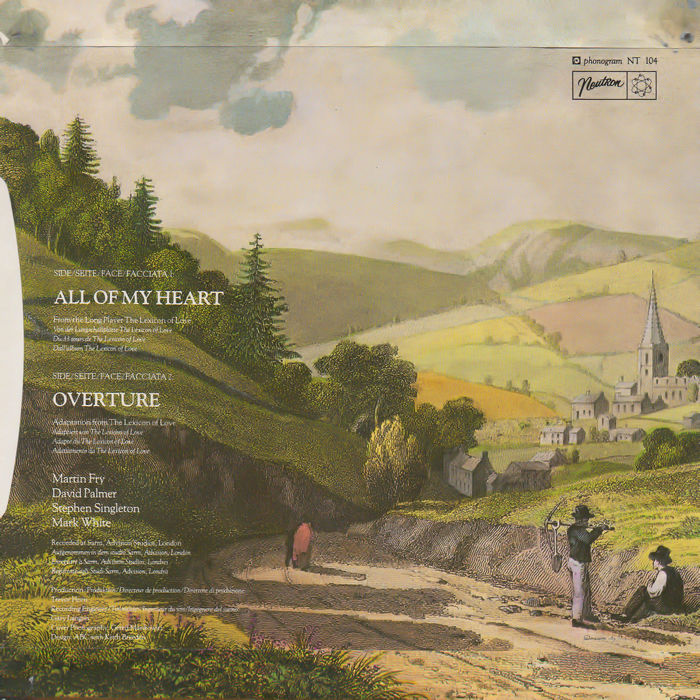 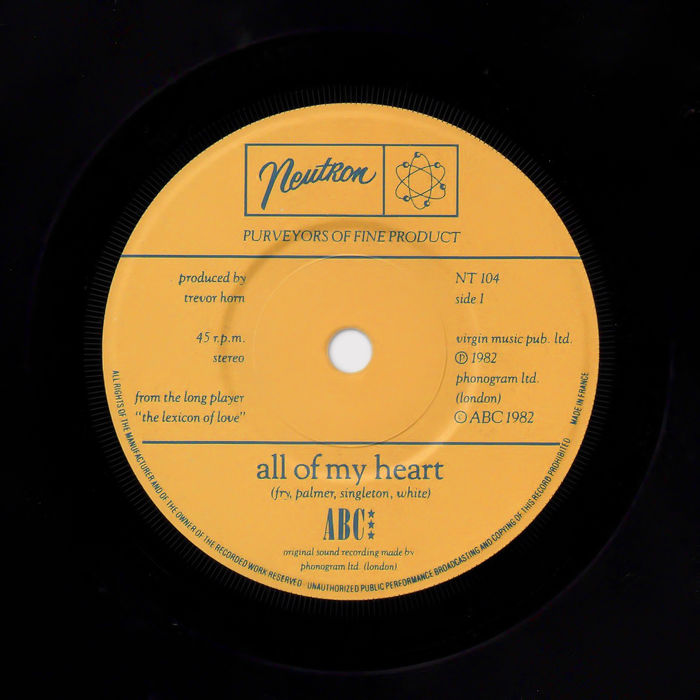 All of My Heart

Travel back time to 1982: unemployment surges above three million, war rages in the South Atlantic and women surround the Greenham Common airbase protesting against US nuclear weapons on UK soil. Against this bleak backdrop, pop music provides an uplifting antidote and it's no coincidence that the breezy, image-conscious escapism of the new romantics is at its zenith. You naturally think of Duran Duran, Culture Club and Spandau Ballet.

These acts became some of the decade's biggest, evidenced by airplay even now, yet the album widely acknowledged as the classic of the era is ABC's Lexicon Of Love. Its well-crafted pop songs with rich orchestration and sumptuous production by Trevor Horn created an aural extravaganza that represents one of the high watermarks of pop during the early 1980s. The album combines dance tracks with sophisticated and emotionally charged lyrics matching those of Bryan Ferry during the height of his ballad crooning. And for many, the jewel in the crown is All Of My Heart.

"I loved the strings on the Chic records, and the whole soundscape of Earth, Wind & Fire," singer Martin Fry said. "Fusing that with the likes of the Cure and Joy Division was what we were after – while Mark White, our guitarist, was keen to give the album the feel of a film soundtrack."

And that meant many tracks on the album had a big band sound reminiscent of Nelson Riddle, who arranged songs for Nat King Cole and Frank Sinatra. All Of My Heart was no exception, although the group were a bit reticent, Fry describing the song as a Bridge Over Troubled Water. Indeed, one of the distinctive sounds of All Of My Heart is the tinkling of the Fender Rhodes doubling as a grand piano, but strings were added by Anne Dudley (later of Art Of Noise), including a delightfully serene arrangement during the long fadeout.

Dudley was initially unimpressed with the track, until Horn provided a spark of genius: "To be honest, I thought All of My Heart was rather weak at first until Trevor added the dramatic pause at the end of the chorus", she recalled. The downdrop, just before "All of my heart", adds a heightened sense of pathos.

And pathos underlies the powerful lyrics conveying the tortured emotions of a stillborn love affair: "Once upon a time when we were friends," the song opens, "I gave you my heart, the story ends. No happy ever after now we're friends." It is an unrequited love, a candle flickering with hope during an emotional vigil: "But I hope and I pray that maybe someday You'll walk in the room with my heart. Add and subtract but as a matter of fact Now that you're gone I still want you back."

The video, directed by Brian Duffy (who also directed Gold by Spandau Ballet and The Human League's Mirror Man), begins with a overhead city train and pans down to a solitary street light. Fry, smoothly dressed in a long coat and trilby hat, walks along to cutaways of a seductive young woman ("Your lipstick and your lip gloss seals my fate") who embraces a man while crushing a red rose. The message could not be clearer. It ends with Fry on stage in a tuxedo walking around an orchestra, echoing the single's sleeve.

Bizarrely, the video prominently features a time-lapsed sequence of the Centre Point in London, the 27-storey concrete skyscraper. Completed in the mid-1960s, it was left unoccupied for many years for purely commercial reasons, and gave its name to the homeless charity for the affront caused when thousands were sleeping rough. Despite the architectural homage, the video helped the single become ABC's third Top Ten hit of the year.

Forget the notorious gold lame suits and all that youthful pretention; All Of My Heart is one of the most luscious pop songs from The Golden Years of the British single (1977 - 1985).

We hereby instate All of My Heart by ABC on The Wall as No.9 Best Single of 1982

ABC did discover a 'crock of gold at the end of the rainbow' with 'All of My Herat', a bittersweet ballad of unrequited love beautifully woven round a rich tapestry of lush strings and piano. Dave B