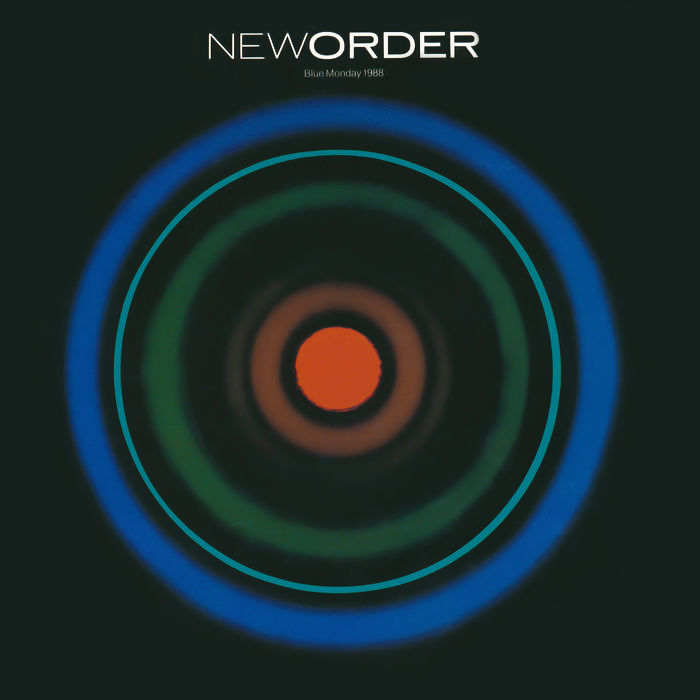 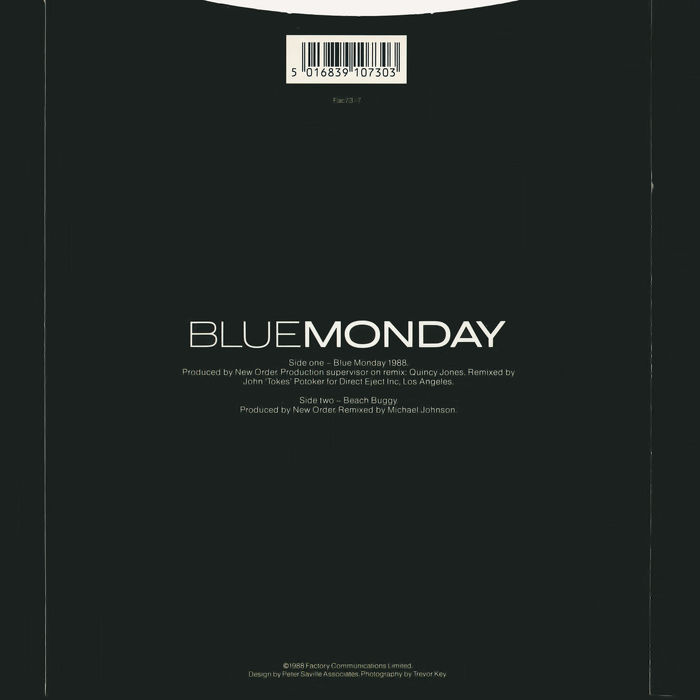 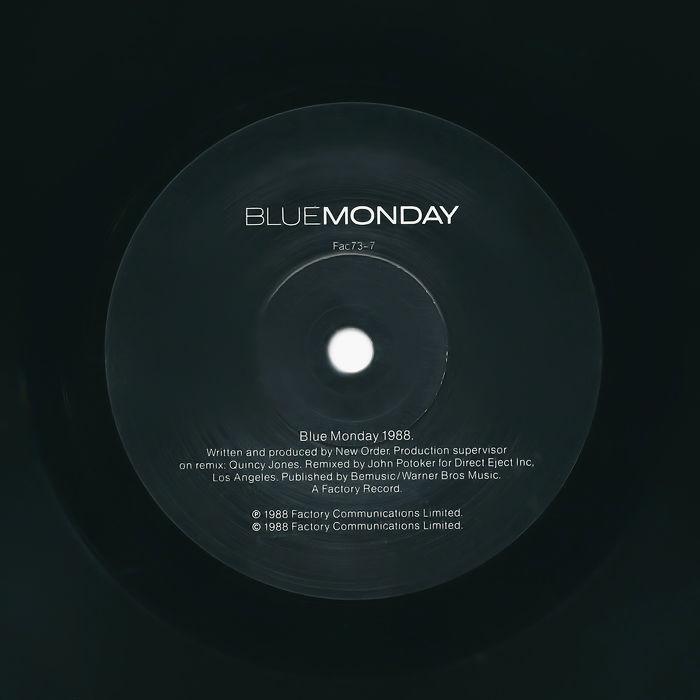 Blue Monday is one of the most widely known songs of the 1980s. It stayed in the charts for almost a year and it remains the UK's biggest-selling 12" single of all time. It's influence on electronic dance music is unquestionable and it's floppy-disk sleeve design was equally as pioneering. Yet the song was the result of an accident when the group was figuring out to work a new drum machine in a dreary rehearsal room in Manchester next to a graveyard.

Although personal computers were booming, high-end electronic sequencers were beyond the reach of most groups. Bernard Sumner built one from an electronic kit. "We programmed everything in step-time using binary code digital readouts," he recalled. "We could drive a synthesiser through it, but we couldn't hook it up to the drum machine." They had to get a special circuit board made to connect it to their newly-acquired Oberheim DMX. "The day that we wrote Blue Monday was the day that we brought the circuit in, hooked it all up and pressed 'GO' on the drum machine."

The synth hook is a note out of sync with the rhythm, another accident. Keyboardist Gillian Gilbert had to program the entire song manually, note by note. "I had the sequence all written down on loads of A4 paper taped together," she recalled. "But I accidentally left a note out, which skewed the melody." Perhaps it added to the song's unique feel.

The cover definitely did. It looked like a floppy disk, which the designer, Peter Saville, had seen for the first time when he visited the group at their Manchester studio. "So I drove back to London listening to a tape of Blue Monday with a floppy disk lying on the passenger seat," he recalled. "By the time I got home, I knew the sleeve would replicate a floppy disk, with three holes cut in it through which you could see the metallic inner sleeve."

With an inner sleeve and there die-cuts on the outer cover, it was expensive to produce. The record company sold the 12" single for £1 but it cost 10p more than that to make. So when the group celebrated racking up 500,000 sales, they had actually made a £50,000 loss. Later sleeves were simpler - and cheaper.

Although the song title is on the cover (in the form of coloured squares on the side of the sleeve to look like data), it is not mentioned in the opaque lyrics. According to group member Stephen Morris, the song was named after Kurt Vonnegut's novel Breakfast of Champions, which he was reading in 1982. Its subtitle is "Goodbye, Blue Monday", which in the book is an advertising slogan for the world's first automatic washing machine. It promised to end the housewife's blues of washing day but it was a commercial failure leading to its components being repurposed as bomb detonators. The dark irony: the manufacturer found a different way to banish your blues - permanently. It's message: capitalism is inextricably entwined with the industrial-military complex.

These themes appear to have little connection to the lyrics, but "Blue Monday" suited the downbeat timbre of the song. Peter hook remembered that Sumner went in and jammed the vocals. "They're not about Ian Curtis," he insists, "we wanted it to be vague. I was reading about Fats Domino. He had a song called Blue Monday and it was a Monday and we were all miserable."

Although the lyrics are intentionally vague, and there is a danger in trying to find meaning in streams of consciousness, there does appear to be a subliminal connection to Ian Curtis (see Love Will Tear Us Apart). The improvised lyrics possibly reveal Sumner's angst about what had happened to their former front man and the direction they had subsequently taken, as if he was having a conversation with him. "I thought I was mistaken And I thought I heard your words Tell me, how do I feel? Tell me now, how do I feel?" The group are still haunted by his presence: "I thought I told you to leave me While I walked down to the beach". The Beach Club was a venue at which they played. And later: "But if it wasn't for your misfortunes I'd be a heavenly person today".

However you interpret the lyrics, most people are entranced by the music. Although, not everyone. After the success of New Monday, the group toured Europe in April 1984. The track was the first in their setlist at the Berlin Metropol. "The rat went down better than us," Peter Hook ruefully told Smash Hits when they returned. "There was this girl at the front doing tricks with a white rat. She got all the applause."

Which possibly tells us something profound after all: people prefer a white rat to a blue Monday. At least in Berlin.

We hereby instate Blue Monday by New Order on The Wall as No.15 Best Single of 1983

Arguably, the most significant electronic dance track of all time. Ant B